This workshop from Friday evening to Sunday noon is being held online and in person at Eastover Estate and Retreat in Lenox, MA. You have a choice to choose zoom in or attend in person, limited seats available for in person at Eastover.
The workshop focus on answers of various meditation or spiritual practice questions, helping attendees go deeper and more effective in their practice. Please submit questions to:
EastoverEstateAndRetreat@gmail.com
ahead of the scheduled date and selected questions will be answered.
Teacher Liu together with Dr. Cheng, XiaoMing who teaches Chinese medicine and acupuncture  for the Harvard Medical School students through Benson- Henry Institute for Mind Body Medicine at the Harvard medical school, with expertise as a Western and Chinese medicine doctor，both the micro and macro whole body and life medicine will be explained and actual tools be provided for people to bring home.
The workshop will focus on bottle necks during various spiritual practices like yoga, meditation, religious rituals, varies breath work such as qigong, Taiji, what are the Commonalities in Eastern and western thoughts, Scientific explanations and how respect the differences is key to awaken to the oneness. Through Liu，Feng’s simple scientific spiritual descriptive language people learn how to identify where they are hitting the glass ceiling and how to break that. How various medical modality explore physical body connection to the vibrational energetic body. Through such new awareness and association, break through develops, horizontal entanglement in the 3 dimensional material world are identified and letting go. Gaining insight on higher wisdom, initiate vertical integration, explore into higher realm of consciousness. From the higher realm of conciousness, the mind gets closer and closer to the heart, to the eternal Dao, true wisdom start to flow from the heart, Creativity abundant. True wealth attracted. All of this can be scientifically described and connected with every spiritual practices and showed why it’s interconnected with our physical health.
The following 4 points of this scientific language wisdom system will be expanded into sessions for the weekend, intertwined with practical health practice guidance and awareness, so audience can bring home with awakening to break out patterns and loops.
至简心法英文 – ultsimple heart Sutra
1，起心Ｎ维在无穷 – Set heart’s intention At infinity
——站在Ｎ维（Ｎ趋于无穷大）的宇宙空间角度观察一切事物 – Observe everything with universal view, position at the highest dimension from the original source – the heart or at infinity, with the Dao.
2，存在至简正弦涌 – all simplify to sine function (wave)
——一切存在的最简单的共同属性是正弦规律（正弦波）- the most simple or bare common property of all existence is sine wave/function
We are an energetic body exist in the form of particles and waves
3，一切呈现投影重 – all presence is from superposition of projections
——宇宙空间所有的呈现都是投影的重叠 – all presence in universe is superposition of sine waves.
All presence is our mind’s projections.
Work at the source our heart。
4，零维全息万有中 – at the original source, the zero contains holographic information.
——任一空间质点内含宇宙中所有信息及相互关系 Scientifically original point in space contains the eternal Dao – complete information and it’s relative relationships，heart connects to higher wisdom。

REGISTER FOR IN PERSON CLASS

After registering, you will receive a confirmation email containing information about joining the meeting.

$185 for In-person class
$60 for online Zoom class
$30 for 心能缘 Minds Up VIP Zoom class
all tuition goes to speakers. 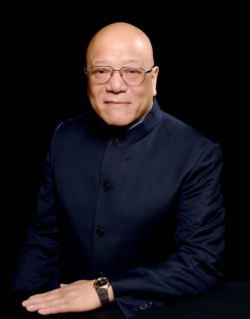 “It Starts From the Heart and Radiates Out”
Grandmaster Lee Moy Shan (Douglas Lee) is the creator of Sum Faat – the Path to the Heart philosophy. The system utilizes the non-violent aspects of Ving Tsun Kung Fu and 4- other ancient philosophies to solve everyday problems and help individuals live a well-balanced life. He is a renowned Sifu (teacher) of Ving Tsun (VT) Kung Fu since the early 1970s in New York City. He was born in China in 1949, where he began his formal training at eight years of age. Over the past 40 years, he has discovered how the 24 VT idioms, also known as Kuen Kuit, meaning “Words of Wisdom,” can be applied in daily personal life and business and martial arts.
In addition to being a Ving Tsun Sifu, Grandmaster is a healer, acupuncturist, a successful entrepreneur-businessman, and philanthropist. He is the founder of the Path to the Heart Foundation (ptthfoundation.com). He is also the 2017 Telly Award recipient for the Production “A Wing Chun Journey to the Heart. The Philosophy of Douglas Lee.” His goal in life is to promote Sum Faat to help people resolve problems, build positive relationships, and make the world a better place to live. He believes that the 24 Kuen Kuit is easy to understand and can be applied to resolve most life situations.
In this weekend’s Saturday morning, Grandmaster Lee Moy Shan will guide the meditation and share the first idiom of Ving Tsun Heart Sutra 􏰀􏰁
􏰂- Intentions and discuss how they can be applied to bring us back to home – to our heart and make positive changes in our life. 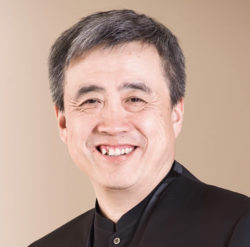 Borrowing the language of science, and the top-down ancient Eastern way of thinking and connection and inspired by the universal law of simplicity and holographic information, Feng Liu has established a language of spiritual communication to initiate and deepen our Path to awakening and spirituality. It’s a language that can be readily accepted and understood by today’s population educated in modern science.
Mr. Liu Feng is an expert in corporation management with seven-year top managerial experience in a Silicon Valley high-tech company (core member of Oplink Co.). Through the company’s whole process from start-up initiation, growth, and development, he has been through the IPO.
He has also been a high-tech industrial consultant (President GOC, a management consultancy company) and has lead several high-tech overseas companies to launch their manufacturing base in China for more than six years. Mr. Liu Feng has been an architect of corporate culture for many enterprises and has helped them adapt to a future-oriented culture based on oriental and western ideas.
During the thirty-year, Mr. Liu Feng has dedicated himself to contemplating ideas “General Space-Time Energy” and giving lectures on the subject and exploring all kinds of knowledge based methodologies spiritual philosophies with an open mind. With his fundamental principle of “Seeking
the Commonalities and respecting differences”􏰇
The Chinese Publication “Open your High-dimensional Wisdom”
(Bestseller book in China). The English translation book of this book is on the way.􏰇 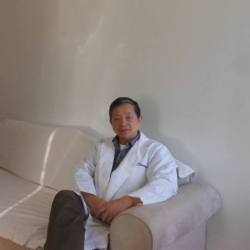 Ming Cheng, LAC, is a senior TCM (Traditional Chinese Acupuncture TCM and Acupuncture field. He started his teaching life as a director of the Acupuncture Department in 1980 at Zhejiang University of TCM. After 1991, Xiaoming was invited to teach TCM, Acupuncture, and oriental philosophy at the New England School of Acupuncture. He is also a team member who teaches the Acupuncture course for physicians through the Dept. of Continuing Medical Education at Harvard Medical School.
Xiaoming got his OMD degree after he graduated from the Shanghai University of TCM, and got his Acupuncture license and certification from NCCAOM and COA of Massachusetts. He is a Guest Professor of Shanghai University of TCM and Hua Shan Hospital of Shanghai Medical University. Since 1992, he has had a busy private TCM and acupuncture practice in Brookline, MA.
Xiaoming Cheng has published three significant clinical texts in
Chinese: Acupuncture for Emergencies, Scalp Acupuncture, and Acupuncture Pathology & Point Prescriptions. He has also published his first English book of acupuncture and moxibustion (an acupuncturist desk reference book).