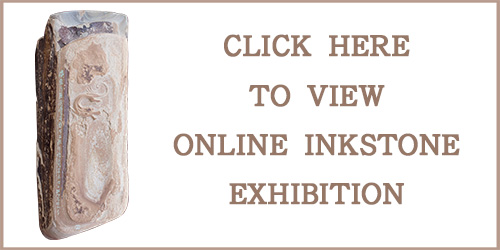 Qin Feng: The Movement of Qi

Achille Bonito Oliva （Curator; Critic; Founder of Trans avant-garde Movement） pointed out：Qin Feng‘s research therefore, goes beyond all permanence within his own cultural territory, experiencing a dialectic relationship with the artistic production of other countries. Between Tao and Zen, vertigo and calmness, vertical and horizontal, Qin Feng’s abstraction ruptures the vision of Western perspective that imposes a single point of view, opening up instead to a multiple vision which is in eternal movement.

Because the Chinese vision is based upon the circular Tai Ji symbol which has no beginning and no end, developing an image of the world that is spiritual and without hierarchies. While the Western viewer looks at a painting from a single point of view, there is no doubt that an ancient or modern Chinese reader opening a scroll of paintings will look at it as he walks. This is the art of Qin Feng, an art in joyful movement.

Eastover Estate & Eco-Village in Lenox Mass. will be home to the dynamic art of Qin Feng, a leading contemporary ink painter of the Chinese avant-garde, whose intensely emotional and explosive works speak to new generations in both China and the West, without jettisoning their link with traditional Chinese brush-painting.  His work has been exhibited at institutions around the world, including the Museum of Contemporary Art, Beijing; Museum of Fine Arts, Boston; Israel Museum, Jerusalem; Saatchi Gallery, London; Metropolitan Museum of Art, New York; and the Museum of Modern Art, New York.

A master of coalescence, Qin Feng seamlessly blends together the centuries-old art of Chinese ink painting and the modern concepts of the Abstract Expressionists in arresting series of meditative images. Bold brushstrokes, ethereal trails and plays on positive and negative space take his images beyond their aesthetic beauty to represent delicate balances, such as that of nature and man. Embodied with motion and representations of time, his pieces poetically combine Western gestures and Chinese Calligraphy. His artworks are both culturally resplendent, as well as modern marvels of contemporary art.

Following his studies at Shandong University of Art and Design, Qin moved to Berlin where he began to fuse Western modernism and the Chinese ink tradition, using traditional calligraphic materials but employing his brush with the unrestrained energy of the Abstract Expressionists.  His use of tea, which represents the East, and coffee, the West, in the backgrounds of his ink paintings, emphasizes cultural contrasts and his attempt to bring the two together.

Qin’s upbringing in Xinjiang, located in the extreme northwest of China, profoundly influences his work. Once an intersection for Silk Road trade routes, Xinjiang historically has been a center for multicultural and multiethnic coexistence.  This legacy continues today, making Xinjiang a unique locus for different languages including Chinese, Arabic, Uighur, and Hindu.  Qin’s childhood in Xinjiang, and later his travels abroad, exposed him to varying cultures and languages, resulting in his present fascination with written and spoken word, systems of universal communication, and cultural difference.  His work of the last decade often explores the theme of the ‘origins’ of civilization and incorporates autobiographical reflections, including his childhood memories of watching the physical torture and suffering of his parents during the Cultural Revolution (1966–76).

His vision of a globalized world where influences between East and West are reciprocal is part of a long tradition.  Zen has influenced American action-painting, European painting and the music of John Cage. American pop art has stimulated Chinese figurative work in its representation of urban reality.  But overall Qin’s vision is anti-rhetorical, inclined to restore an interior and mental human condition. For this reason it rejects the fixed Renaissance perspective.  Here the vision is anti-perspective: his abstract painting looks at the world from different angles with a gaze always in movement which creates dynamic images.

Yet in spite of its anti-perspectivism, Qin’s art remains true to the profound Chinese vision of the circular Taiji symbol, which has no beginning and no end, developing an image of the world that is spiritual and without hierarchies. While the Western viewer looks at a painting from a single point of view, there is no doubt that an ancient or modern Chinese reader opening a scroll of paintings will look at it as he walks. This is the art of Qin Feng, an art in joyful movement.

Qin Feng on “What do you see?”

“What are you looking for? What do you see? You see what you want. You want what you see. And then the scenery ends up being what you perceive. There are multiple angles. It’s like a glass of water. If I turn it over and it doesn’t spill you would ask ‘Why is water still in it? It is supposed to spill.’ You are not bound by those laws of physics with this type of [abstract] art. But with a glass of water, even if you spill it, it is not the end of the world. You just have a water puddle.

My art is really aligned with my philosophies, rather than a purely pictorial depiction of real life. If you spin the work 360 degrees, it will just look different at different angles; you might see different things a little. You stare at this one object standing up or sitting down for your whole life and then all of the sudden one day you lie on your side and you think, ‘Oh, I’ve never seen this before.’

There were these kids who once came up to me and looked at one of these paintings and said: ‘Is this new, I really like it.’ And I said ‘That is the same piece you saw before’ and I realized I had flipped the orientation. Then every time I would turn it, the kids would say ‘Oh, it is so much better than the last time! It is totally different from the last time.’ But by the fourth time I had turned it 90 degrees, we went back to square one and the kids would say ‘Oh, I’ve seen this before! But I can’t put a finger on it though.’”

The exhibition will be open to the public, free of charge. Visit time: per week, but reservation is required. Reservation telephone: 866-264-5139/ Email: eastoverestateandretreat@gmail.com