DJ Bilal plus UpRush Band and Unlocking the Truth Band

Holidays are over and winter blues in full effect and there is no better time to heat things up with a music festival at Eastover on Presidents Day. 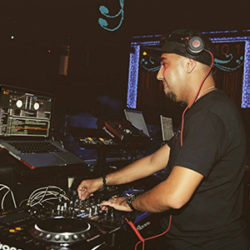 DJ Bilal has performed for world leaders including the Crown Prince and Prime Minister of Norway, the President of Kenya, the Prime Minister of Portugal, Cabinet Ministers and celebrities such as Alec Baldwin. DJ Bilal’s ability to electrify any event is legendary, having reflecting his gift of creatively melding hot modern tracks with timeless tunes and making reggaeton, salsa and Afrobeats fans all feel right at home. A staple on the United Nations party circuit, DJ Bilal has done extremely popular events for the countries of Canada, Cuba, El Salvador, Estonia, Norway, Singapore, South Africa and Thailand, as well as for events bringing together the entire corps of Ambassadors at the UN. His events are a guaranteed epic time. 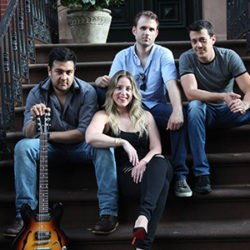 Uprush is a 4 piece NYC based cover band formed in 2018. They specialize in Hammond organ style with cool re-worked versions of well known songs. Band members Alex, Alli, Adam, and Luis were in a previous band together and when Alli decided she wanted to branch out and start her own band, the rest of the crew came along for the ride! Making good music and inspiring others and bringing a positive energy that everyone can vibe and groove too. Plus who doesn’t want to come out and listen to some Brittney Spears, Marvin Gaye and Bruce Springsteen all in one set ?

Unlocking the truth band is quickly becoming a band to be reckoned with. The band first came on the scene as 11-year olds playing in Times Square. Since then, the boys have grown into prominent artists on a continuing journey that has lead them to playing such events as the Coachella Music & Arts Festival, SxSW, Heavy Montreal, Bonnaroo, AfroPunk and most recently Lunatic Luau. They have opened for acts such as Metallica, Living Colour, Slash, Marilyn Manson and Guns N Roses. They goal is to become one of the worlds’ best bands and to inspire people with our music to do what they love – no matter what.” The mantra remains the same.

There is something for everyone here with diverse sounds from all over the globe to enrich your life. Music affects us all in slightly different ways but one thing is for sure you will feel the positive vibes and have a good time.